The Florida Holocaust Museum has been recording interviews with Holocaust survivors for over 30 years. In our collection, you can find videos of survivors who still meet with teachers and students, as well as those who have passed. Survivors who are no longer with us, left the next generations with a legacy to fulfill on their behalf. By listening to a survivor testimony, we become a witness to a witness and it is our responsibility to make sure the memory of the victims and the experiences of survivors are never forgotten. As witnesses to a witness, students who work with video testimony learn about the Holocaust through a personal lens of each survivor and draw lessons that will help them build a better world around them.

Our Museum also collects testimony of adult children and grandchildren of Holocaust survivors. By listening to these videos, students can see the multi-generational impact of the Holocaust.

If you would like to book a free speaker for your classroom  (virtual during Covid), visit our Speakers’ Bureau. Overview: Jackie was born in France in 1937 and spent much of her childhood hiding out or concealing that she and her family were Jews living under Nazi occupation.

She was 2 years old when Germany invaded France and her family was separated in occupied and unoccupied territory. Her father was drafted and she saw him only once over three years. A local man helped Albin’s mother sneak across the border to reunite with her husband. Then for three years, Albin and her parents lived on the run.

Although she was only 7 years old during this time, she still vividly recalls hiding in bushes, and being in a house one night during a bombing raid and coming out the next morning to find a hole where the house next door used to be. Overview: As a child, Marie lived in Antwerp, Belgium with parents and sister. Her family fled to France and went into hiding on a farm in Toulouse after the German invasion in May of 1940.

They were discovered by Germans and deported to Rivesalte camp in Perpignan, France. Marie, her mother, and her sister escaped with help of the underground. Marie and her sister were taken to hiding place in Vence, then were moved by the underground to chateau in mountains relinquished to make a safe haven for Jewish children. Marie’s father died of starvation and harsh treatment in a concentration camp.

Marie and her sister arrived in the United States in April of 1944 and were placed in orphanage. They moved to foster homes in Providence, Rhode Island and were eventually reunited with their mother in 1949. Overview: Edward Herman was born in Warsaw, Poland in 1931. During the Holocaust, Edward with his mother and sister were forced to live in the Warsaw ghetto. At great risk, his mother would leave the ghetto walls and, passing as a Christian, she would buy food to bring back to her children. Eventually, she was able to pay a guide to have Edward cross over to Budapest, Hungary. In Budapest, he was abandoned by a Jewish man who was supposed to take care of him. Edward lived on the streets until an orphanage for Jewish children was formed. At the end of 1944, he was liberated. He was reunited with his mother after 3 years. His sister also survived. It took the family 10 years to reunite with Edward’s father. Most of Edward’s relatives died in the Holocaust. 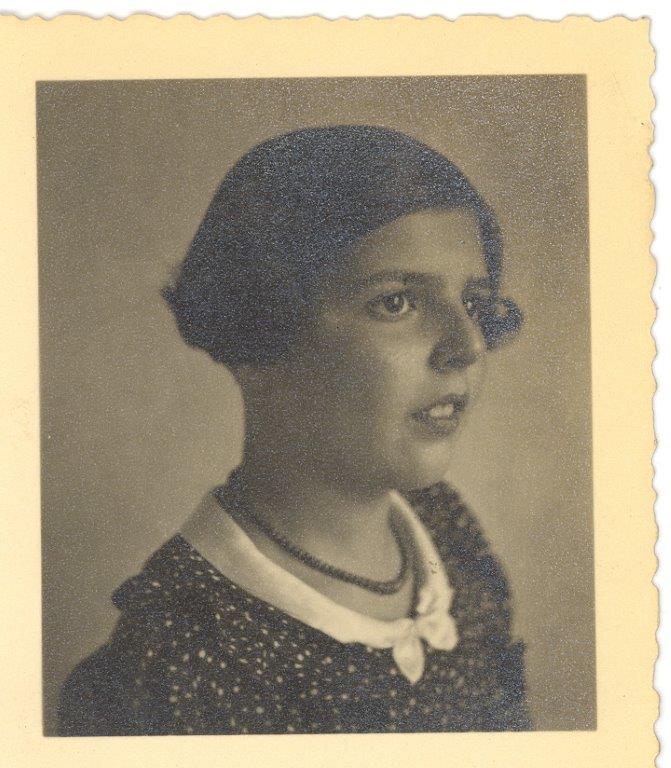 Overview: Lisl Schick (née Porges) was only a child when the Nazis annexed Austria (to a grand welcome) and began to persecute the Jewish population. Faced with the dangers of Nazi occupation, Lisl and her family were forced to flee Austria. With her brother Walter, she escaped to Great Britain through the Kindertransport. The siblings eventually reunited with their parents and started a new life in New York City. Lisl Schick passed away on June 28, 2022. Overview: Born in Vilna, Poland (now Lithuania), in 1925. Mary had younger siblings: two sisters and one brother. Her father was a businessman, her mother was a homemaker. When the Nazis took over in 1941, the family was forced into the Vilna ghetto. Mary’s family lived in one room. During the ghetto liquidation, Mary was forcefully separated from her family. She would never see them again. She was sent to several concentration and slave-labor camps. Her father and brother were deported to the Klooga concentration camp in Estonia where they perished. Her mother and little sisters were murdered during the Vilna ghetto liquidation. After the liberation Mary moved to Israel where she met her future husband. Eventually the family moved to the United States where Mary worked as a kindergarten teacher. Mary is the sole survivor of her immediate family. Overview: David is the son of Holocaust Survivors Sidney Baras and Viola Baras (née Eisler). He speaks about his parents’ experiences and their effects on him and his family.

Besides being a speaker, David is a docent and an active member of the Second Generation group (Generations After) at The Florida Holocaust Museum. As a retired medical doctor, David brings  clinical insights to his parents’ experiences and an understanding of their long term impact. By understanding his parents’ past, David is able to demonstrate how they relate to the present in a way that is understood by children and adults alike.

David is married to Mary Jo Baras, who is also a docent at The Florida Holocaust Museum, and has 3 adult children and 2 grandchildren. David and Mary Jo reside in St. Petersburg, Florida.